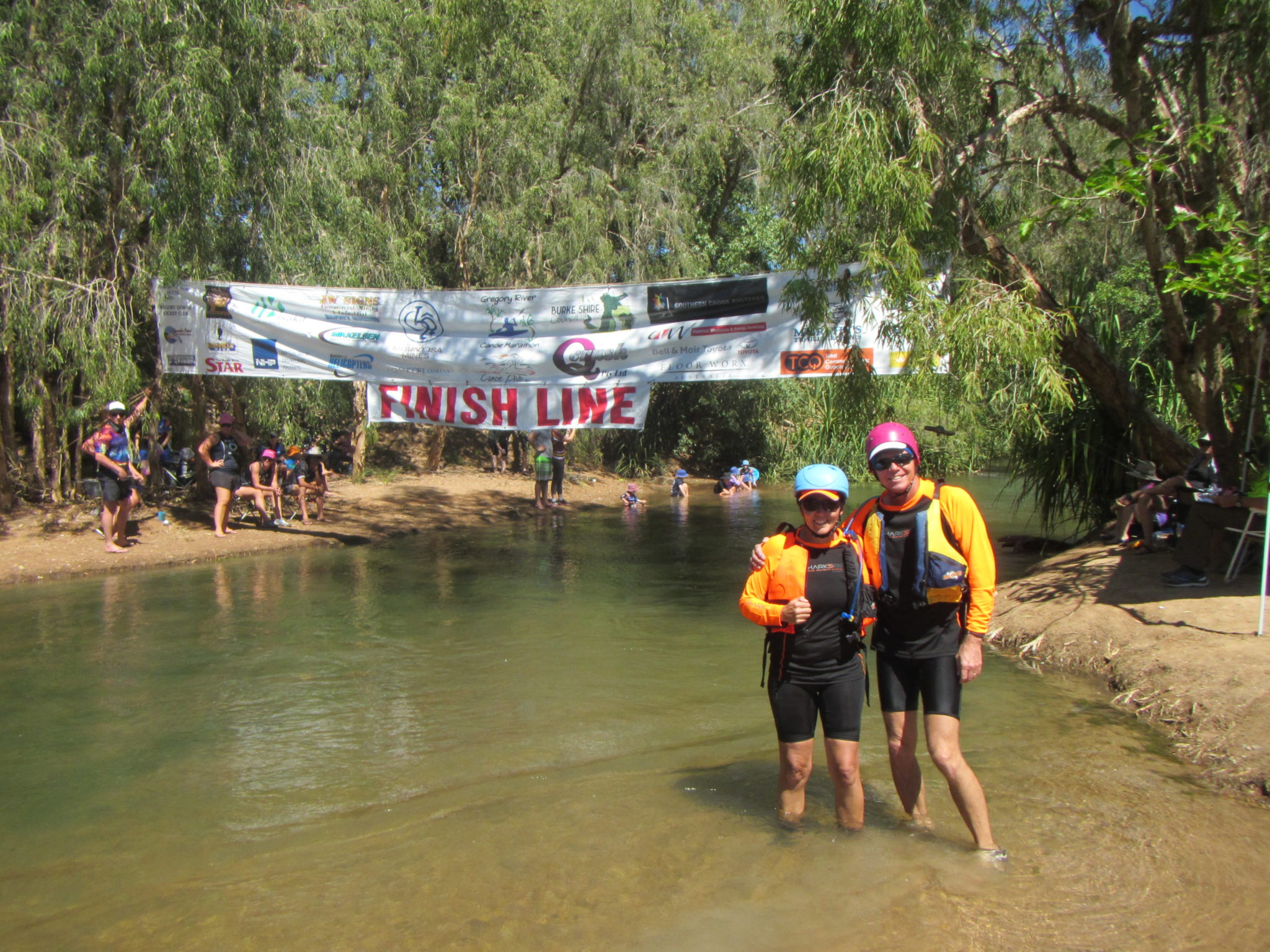 “If you are looking for true blue Aussie outback paddling adventure take a road trip up to the small town of Gregory Downs in Far North QLD for the Gregory River Canoe Race”. I doubt any other isolated paddling event would attract such a loyal following of returning competitors. Many return year after year, most travelling hundreds of kilometers to get there. The race, which is hosted by the North West Canoe Club, is so well received that it is in its 42nd year and going strong. Many paddlers set up camp along the waters edge days prior to the race to daily practice sections of the river as it changes year to year. Its a true social gathering of like-minded adventure seekers. The town of Gregory Down has a small population of 40 and its hotel was originally built to service passengers on the coach run from Burketown. The 38km marathon race consists of long deep water holes separated by sets of rapids and fast flowing bends and some of the most picturesque scenery you will see anywhere in Australia.

The race begins in a large shallow waterhole which narrows within 100m to a single file width and the first tricky rapid known as “Carnage Leap”. Thankfully the race is started in waves to allow the carnage of upturned boats to be cleared before sending off the next wave of thrill seekers. Once I was happily through this section cleanly my nerves finally settled. Kamarga Rapids 1 & 2 are 8km into the race and while many paddlers bashed their way down we took the safer option of portaging the first half. We then mistakenly paddled the second half (we were going to portage both) Oooops!! But I’m so glad we did it because we navigated it perfectly. Scattered along the rivers edge were paddler’s uprighting their kayaks and canoes and/or hastily doing minor repairs to get them back on the water. Along the way check points, rapids and tricky sections such as Wipe Out Bend were clearly marked with big orange banners giving you a heads up as to what’s coming. Because we arrived without any opportunity to practice any of those tricky sections we were often caught out and beached onto rocks. But thankfully we never went for a swim.

The river and the scenery is forever changing keeping your senses busy as you go with the flow. The water is crystal clear and cool, so although I expected to get hot wearing my PFD and helmet the temperature was perfectly comfortable. You really are taken by surprise of the natural beauty of the Gregory River as it is an oasis in the red, dry, dirt of the outback. It truly is nature at its best.

We only pulled our splash skirts over the cockpits during the final rapid of the race called Galloping Jack, a 30m straight stretch of fast moving water which you can just enjoy as you bounce down it. The 38km race really does feel like it is over in a flash when you pass under the finish line banner. Volunteers are ready and waiting to catch the nose of your boat as you pass so you can disembark easily before getting swept down stream. This is one of my all time favourite races and one I highly recommend. You can do this race a number of ways and if you don’t feel like the road trip you can hire a kayak/canoe and fly into Mt Isa instead. You can race the full 38km solo, in a team boat, in a relay or you can opt for the half course in a large choice of categories. While the majority of paddlers are novices who are entering the race purely for fun, the serious competitors are also catered for with the opportunity to win some major prize money.