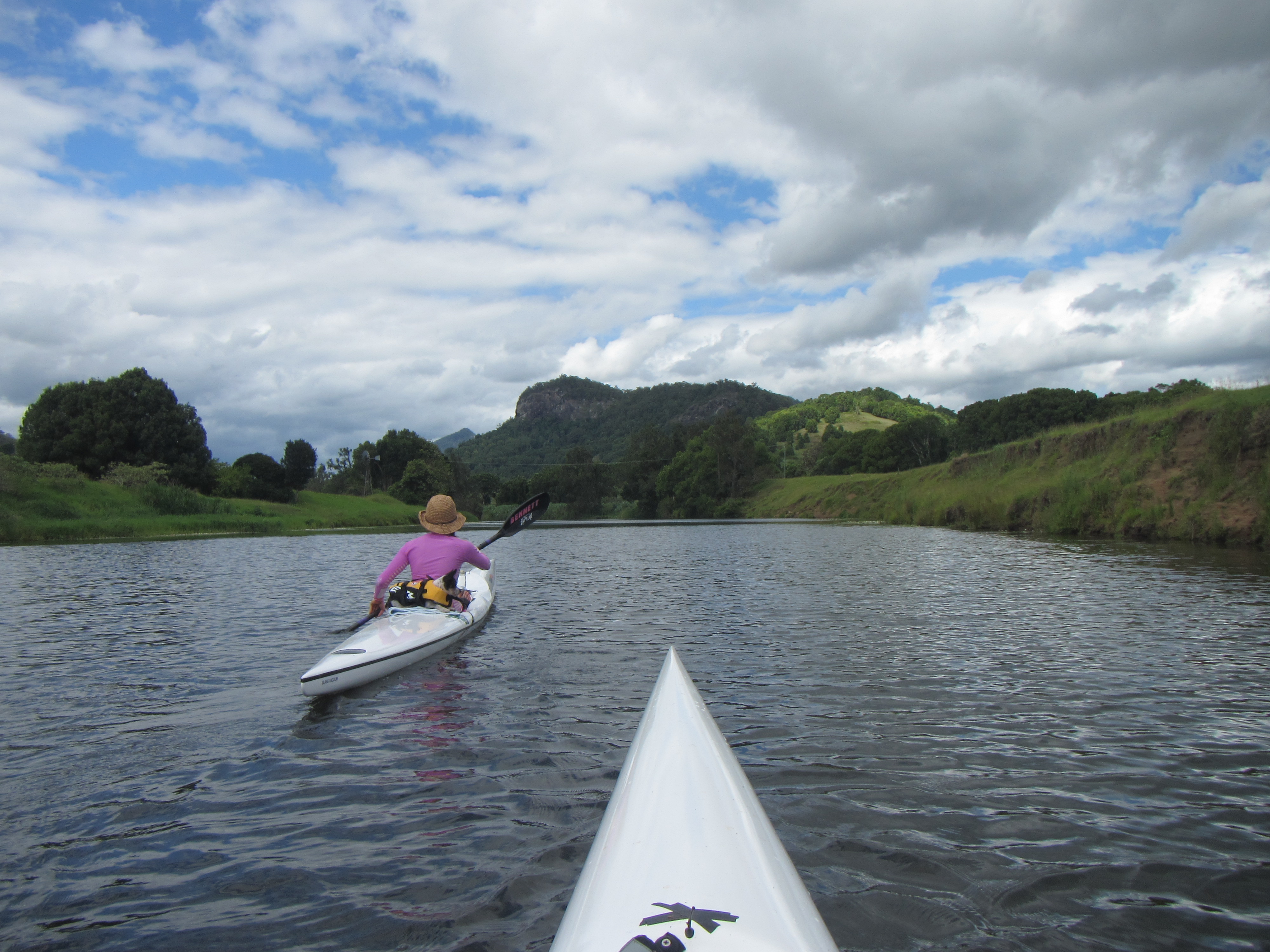 I really do take a camera everywhere. Carrying a camera is like having a heightened sense of sight, and I can see so much more. The more you get out there and shoot, the more likely you are going to start taking better photos.

You don’t need to spend a lot of money to get started. I have a $300 Cannon waterproof camera and it’s a little gem. I have also been told that the Olympus brand has good waterproof cameras too. It’s a good idea to secure a float so it doesn’t sink. I have mine tied into my swimsuit top.

You never know what to expect when out on a paddling adventure. Since a kayak is low and silent, you have an easier time approaching wildlife. You can also travel into waterways not accessible to motor craft.

Make sure you don’t have to point at the subject in the photograph and say, “This is the whale.” This is what I had to say about some of my photographs when I paddled about 30 yards from the Humpback Whales and all I had with me was a waterproof 35mm disposable camera. Try to get as close to the subject as possible or use a longer lens. Make sure the subject fills a third of the frame. CCPC History – How it all began